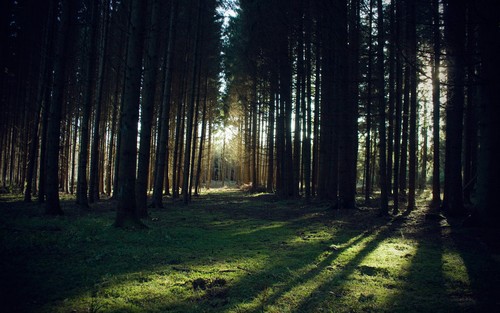 Most complementarians (supporters of patriarchal male headship) argue that domestic abuse has nothing to do with their theology.

On the surface, this may seem true. Most complementarians appeal to the servant leadership of the man and the loving submission of the woman. The idea is that a man is to lead his home by serving his wife and family, and this should never involve abuse. The problem is, while many complementarians may truly be outraged by domestic abuse, their theology enables it. Any time there is a power imbalance, one party becomes vulnerable, and the door is opened to abuse.

Unfortunately, there are some prominent complementarians who have made outrageous statements concerning women and abuse. John Piper, one of the founders of the Council on Biblical Manhood and Womanhood, encouraged women to endure abuse from their husbands. Piper later made what he called “clarifying” remarks stating that a wife can appeal to “civil law” and that this, “recourse to civil protection may be done in a spirit that does not contradict the spirit of love and submission to her husband…” His remarks really do nothing to clarify his statements at all, and only show that he has no understanding of the how devastating domestic abuse can be.

In her book, Black and White Bible, Black and Blue Wife, Dr. Ruth Tucker puts it this way:

[Piper] is asserting that a husband who demands that his wife “endure his injuries” is still the rightful head in the marriage. She must be submissive to him unless the authority of civil [not criminal] law overrules. How does civil law overrule without a court case? How does a wife seek civil protection and at the same time make sure ‘it does not contradict the spirit of love and submission to her husband?” …There is no such thing as “civil protection” that arrives at the beck and call of a beaten wife and hangs around her home to protect her. [1]

Dr. Tucker also points out that an abusive husband is never going to give his wife permission to leave and take the children with her. The idea that an abused wife can address the abuse in a spirit of submission is absurd and dangerous. She should not be encouraged in any way to submit to this situation. However, complementarian theology does just that. It takes away her autonomy and authority, and therefore renders her vulnerable and powerless.

Piper is not the only complementarian to ever make such outrageous statements. Others have made similar statements, or have just said outright disgusting or hateful things about women. Mark Driscoll is one who has been a repeat offender, using vulgar and misogynistic references, such as referring to women as “penis homes.” After being removed from leadership in his church, he has started a new one, which will, no doubt, be supported by many faithful complementarians.

These are only two highly publicized examples of well known powerful complementarian pastors making dangerous statements. Sadly, many abusers have justified their actions under the banner of male headship, because at its core, complementarian theology is one of inequality and hierarchy. And inequality breeds abuse.

Complementarians want you to believe that abuse is a result of “hyper-headship” or some distortion of their so-called Biblical headship. But the problem is that there is no such thing as hyper-headship. This is an invented concept. A man is either in charge of his wife, or he’s not. And any hierarchy creates a power imbalance and enables abuse.

Equality is central to the Christian faith, and the notion of male headship and authority erases equality.

Some argue that authority was given to men at creation, however, there is absolutely zero mention of power, leadership, or roles based on gender in the creation texts.

Jesus preaches and practices astonishing counter cultural equality. Jesus levels the playing field, calls out the Pharisees, and interacts with the lowly, sick, poor, and despised. He calls all people to himself, regardless of race, class, or gender.

The apostle Paul makes it clear in his letter to the Galatians that dividing lines have been erased in Christ. “There is neither Jew nor Gentile, neither slave nor free, nor is there male and female, for you are all one in Christ Jesus.” (Galatians 3:28).

Does this mean that all complementarian men abuse? Absolutely not. Let me be perfectly clear, I am in no way saying that all married complementarian men are bound to abuse their wives. But I am saying that many seem to be ignoring or denying the ways in which their theology encourages and enables abusers. And they are also ignoring the ways their theology undermines the radical, earth shattering, universe changing equality given to all of humanity through the blood of Christ.

The only way to fight abuse is to embrace real equality.

Even if it’s Allowed, is it Necessary to Have Women in Church Leadership?

Pastoring in the Power of Christ